When the Grid goes down

The dangers to our aging, fragile electrical grid are numerous. Over the last few years, many of us have focused on the risk of an EMP, mostly fueled by North Korea’s nuclear and ICBM testing. But that may not be the biggest risk our power grid faces, according to Dan Coats, the National Director of Intelligence. According to a recent statement by him, cyber attacks against the grid have become so commonplace as to have “the light flashing red” right now. This is just as it was after the 9-11 World Trade Center disaster.

EMPs Aren’t The Only Threat To The Power Grid

So, if you were breathing easier because the risk of North Korea causing mischief has gone down, don’t be hasty. In fact, North Korea is one of the four principal countries that are trying to infiltrate our government’s computer networks at all levels as well as our nation’s industry and power grid.

While this may not seem as serious a risk as an EMP shutting everything down, it very well could be. A well thought out attack, causing cascading failures, could shut down large parts of the grid. Worse, getting into the computers of power plants could cause serious damage to those plants. In the case of nuclear power plants, it could have catastrophic results.

Just in case you hadn’t heard, some hackers have gotten far enough into the computers running the grid (and in one case a power plant) to do just that. Why they didn’t is something we don’t know. They could just be waiting for the right time.

Are We Really Ready If The Power Grid Goes Down?

The question this leaves for you and I is: are we ready if the grid goes down? I don’t mean a temporary power outage which lasts for a few days, I mean really going down. I’m talking about something that would take months or even years to repair.

Many say that if that were to happen, we’d be thrown back into living like they did in the 1800s. There’s just one problem with that analogy, most of us don’t have what we need in order to live that way. It’s bad enough for those of us who call ourselves preppers. For those who aren’t, there’s little chance at all.

There are a number of key areas that I think many of us are lacking in. Let the list below serve as a checklist for you, and you should ask yourself if you are ready to deal with these things.

The generally held belief that we only need a gallon of water for each person per day is false. That’s a minimum for drinking and cooking, assuming that you live in a temperate climate. You’ll need much more than that if you include bathing, cleaning your house, and washing your clothes. If you’re going to be gardening, and you can’t count on rain to keep your plants watered, that amount goes up exponentially.

Having enough water means having water sources that are under your control. These would include a well or rainwater capture. Hauling enough water to meet your needs from a mile away or more isn’t going to be practical. If you’re using a well, you’ll either need a manual pump or enough electrical generation capability to power your pump.

The idea of the four-foot garden is false. For that matter, my 15’ x 30’ garden doesn’t provide enough for us to eat. If you’re going to be growing your own food, you’re going to need to convert every bit of your yard to garden. That’s going to be a lot of work, especially when you consider that you can’t rent a bobcat to dig up your yard. You’re going to have to do it with old-fashioned muscle power.

The other thing you’re going to need to have is enough seed, fertilizer, and chemicals to take care of that big of a garden. That’s a lot more than most of us have. Furthermore, when you consider that the average adult eats about a ton of food per year, you can see why you’ll need to be growing a lot.

If we assume that gasoline will be scarce, then we won’t be able to count on our cars and trucks to get us around. This predicament severely limits our ability to move around, let alone move other things. How would you move 50 gallons of water? How would you get firewood home if you had someplace you could cut it?

Before the invention of the car, people used horses as their main means of motive power. But there really aren’t that many horses around these days. In a world where the power grid is down, I’m sure that any horses in existence will be at a premium if you can even get your hands on one.

You’re either going to have to fix everything yourself or know someone who you can barter with to fix it for you. This will be important, as there will be little in the way of trade once the stores sell out of the useful products that they have.

The Argentinean financial collapse gives us a little insight here. When their economy crashed, people couldn’t afford to replace things, especially luxury items. Things they would normally throw away and replace suddenly had to be repaired or done without. The same will happen to us when we can’t just go buy a replacement.

Getting medical services for family members will be difficult, especially for those who live far away from those services. Once again, the issue of transportation raises its ugly head. So, if you can’t get a family member to the doctor or to a hospital, what do you do?

The idea of using a bucket as a makeshift toilet only works for a short period of time. For a prolonged situation, what do you do with those bags of human waste you would be collecting? They’re a health hazard, so you need to do something with them.

Keep in mind that there will probably be a thriving barter economy, which will rise up to replace the dollar. That process happened in Argentina as well. It will be possible to get people to provide services for you for those things you don’t know how to do. The trick, in this case, will be finding those people. If you’re a prepper, you’ll probably be in better shape to barter with those people than others will be.

Nonetheless, you also want to be able to barter your own skills to have some means of gaining an “income” (even if there isn’t any money exchanged). Since there’s a good chance that most of our jobs will go up in smoke, those skills may be the only income you will have. In essence, you want to make sure that you have skills which others would want, over and above your survival skills.

When most people think of emergency power, they usually think of gasoline, propane or diesel generators.

While generators make a lot of sense in an emergency situation, they do have some tactical downsides. First of all, most generators are relatively loud when they are running, and when coupled with a grid-down situation in which everything around happens to be very silent because the power’s out, you can see how being loud is a disadvantage. Essentially, everyone within a two-mile radius will hear your generator. Perhaps they will come inquiring as to why it is that you’re so well-prepared while they aren’t. Additionally, there is the problem of fueling that generator; you need to have adequate stores of gasoline, diesel or propane, and not only that, you need to have oil and filters to provide the necessary oil changes, which increase in frequency the more you run the generator.

Did you know, however, that you can devise a simple solar panel system for use during emergencies? It’s totally possible to set up a few panels in a freestanding system, coupled with a modest battery bank, so that you can generate at least some power during a grid-down situation. Although a handful of solar panels won’t generate the same amount of power as a large generator, they can still be used to power things like laptops, communications devices, and medical equipment so that you aren’t totally hung out to dry when the power goes off. Additionally, an emergency solar power system is totally silent, so no one will even know you have emergency power. Here’s how to build a simple system:

Select the size of solar panel you want to use

Since this is an emergency system, we aren’t talking about filling your roof with panels; what we are saying is to put together a system that uses between one and four 400 watt panels. The exact sizing of your system is beyond the scope of this article, because only you know what devices you absolutely need to power during an emergency, but sizing guides are available everywhere on line.

Solar panels put out DC voltage natively. DC voltage is essentially the same sort of voltage that you would get from a battery. What you want is to be able to put out AC voltage, so that you can power the devices in your home during an emergency — things like laptops, power tools or refrigeration. In order to do this, you will need an inverter. Inverters convert the DC voltage that solar panels produce into AC voltage that your home appliances can use. You’ll most definitely want a pure sine wave inverter, especially if you plan to power sensitive electronics such as computers and laptops with your emergency solar system. Pure sine wave inverters most closely replicate the kind of power you have coming out of your wall plug.

You don’t just want to generate solar power while the sun is still shining – you want to be able to store the solar energy you create for the nighttime, overcast or cloudy days. In order to store the solar energy, you’ll need an appropriately sized battery bank; this is comprised of special batteries that are sized according to how many panels you have. Most people think solar energy is only good in the daytime; they quickly forget that by using batteries, you can store and use that power 24/7.

Wire the system for use

Since this is an emergency backup system, we aren’t planning on tying the solar panel’s energy output to your home’s wiring system for simplicity’s sake. What we recommend is to leave this system purely standalone. The way to do that is to purchase some wall plugs, and clearly mark them as solar only. So when you wire your system, you wire the output of the solar panel to its own, dedicated wall plug. This has a number of advantages. You can use the solar plug anytime you wish, even when not in an emergency, and anything you plug in there will be free power.

A system like this makes perfect sense for an emergency, and will even be useful when there is no emergency. Still, this might seem daunting and it does represent considerable work and patience. Did you know you can purchase a self-contained system like this already made, packaged and ready to go? MySolarBackup.com makes a solar power generator that works using all of the components we mentioned. Not only is this system portable, all of the guesswork is taken out of the equation; simply place the solar panel in direct sunlight, and fire away.

In any case, give solar power a look for your emergency power needs.

Visit our SHOP for useful must haves. 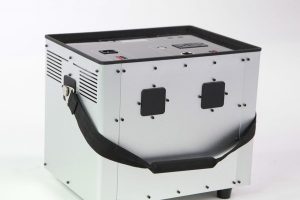 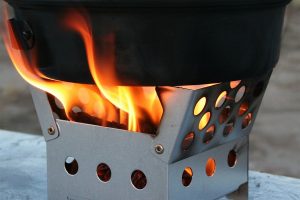 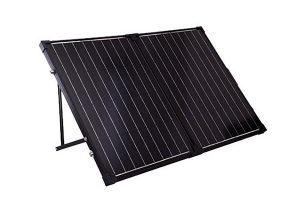 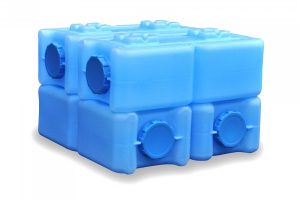 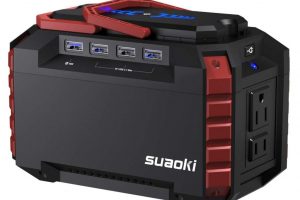 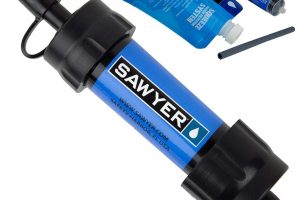