Getting through a long-term power outage is much more challenging than getting through a short-term one. Also, it’s a good time to consider the challenges with the hurricane season just heating up. After all, September is typically the month with the most tropical cyclone activity worldwide. With a few preparations to make things easier, you can survive a short-term outage almost as if you were on a camping trip. However, when the power outage lasts for multiple days or longer, you’ve got to take additional action to take care of yourself and your family.

The first and hardest thing to do is to find out how long the outage is going to last. In my article on getting through a short-term outage, I mentioned the need for communications. Specifically, I recommended having a radio so that you could get emergency news reports and have an idea of how long the outage was going to last. That’s important so that you know when to shift from short-term mode to long-term mode.

As soon as you know that a power outage is going to last more than a few days, you should shift over to long-term mode. Basically, that means that you don’t just try and hang on until the utility companies restore power, but you change your way of doing things to methods that don’t require electricity. Particularly, we’re talking about:

We should begin by saying you should put in some means of alternative electrical power so that you are ready for a power outage. A few solar panels or a wind generator will make a world of difference, allowing your family to use at least some electrical devices. Make sure that you have a battery backup system as well so that you can store the power your system creates for when you need it.

Unless you have a lot of money to use, it’s going to be very hard to generate enough electricity to fully power your home. The average American family uses a lot of electrical power every day. However, you easily can generate enough electrical power to allow you to use some appliances, run a computer, turn on a radio, and maybe even operate a room air conditioner or small refrigerator on really hot days. A lot depends upon how much you can afford to invest in your power generation.

The ability to generate some electrical power will also make it easier for you to do some things that would otherwise be impossible, such as charging your cell phone and doing some work on your computer. Even a minimal amount of electrical power generation can make a lot of difference when the time comes.

Remember, there are a number of things in your refrigerator which don’t really need preserving. As Americans, we tend to put a lot of things in our refrigerators that are already preserved. Ketchup, jam, mayonnaise, and other condiments will most likely keep just fine even if they are left out on the counter. Other things like eggs don’t spoil very rapidly, so you don’t need to worry about them. The things you most need to concern yourself with are meats, dairy products, fruits, and vegetables.

The easiest way to preserve fruits and vegetables is by canning them. If you are already canning produce from your garden (which you should do), then you’ve already got everything you need for canning. You can preserve meats by turning them into jerky. If you don’t have a solar dehydrator to use, don’t worry about it. Simply hang the strips of meat on a clothesline to dry.

Another thing to consider for alternative refrigeration is making yourself a Zeer pot. This is a natural refrigerator which works by evaporation and cools quite well. While it is an ancient form of refrigeration, people still utilize this method in Third World countries today.

A Zeer pot is very simple to make. All you need is two ceramic pots which will nest inside each other. The outside pot needs to be unglazed and the inside pot can either be glazed or unglazed. When you put the pots together, fill the space between them with sand as well as the space below the inner pot. Then, fill the sand with water. Next, put the food inside the inner pot and cover the top of the unit with a wet cloth.

The water will seep through the outer pot and begin to evaporate, thereby cooling the entire unit. You can keep produce and dairy products in the Zeer pot to ensure that they are fresh for a longer period of time. Typically, produce stored in a Zeer pot will last three to four times longer than produce that is left out. While not as good as a modern refrigerator, the Zeer pot works quite well, especially in arid climates.

While you can cook on your barbecue grill during a power outage, you may want to have an alternate means of cooking available. Eventually, you’ll run out of charcoal or gas for your grille and you’ll still want to eat. Of course, if you’re heating your home with a fire, you can always cook over it as well.

The easiest and most efficient alternative for cooking is to build a rocket stove. Rocket stoves provide a lot of heat for a very small amount of fuel, making them highly efficient. The secret is that the rocket stove moves a large amount of air through the stove by natural convection. This fresh air helps ensure that the fuel is burned completely. It also keeps the fuel burning rapidly so that the temperature is maintained. Please be sure to read our article on rocket stoves for more information on this.

Another alternative cooking method I want to mention is the camp stove. Most camp stoves today run off of small bottles of propane. I don’t like those for a survival situation, simply because you have to depend on having the propane bottles. However, Coleman still makes their older dual fuel camp stove. This is the type where you have to pump up the tank just like the Coleman lanterns.

The dual fuel stove will work either off of Coleman fuel or gasoline. While gasoline might be hard to come by in a grid-down situation, it will probably be easier to come by than other types of fuel. If nothing else, you can siphon it out of your car, giving you fuel to cook by for quite some time.

The other big challenge is going to be heating your home. All of our modern home furnaces require electricity to operate. With the grid down, you won’t have any heat at all.

This is one item that takes some prior planning and preparation. You’ll need to have some sort of heater available, as well as a good supply of fuel on hand. For the majority of people, the most obvious heater is either a fireplace or a wood burning stove. Another alternative to consider is a kerosene heater.

A wood burning stove can be installed temporarily for emergency use. The hardest part is making sure that you have an adequate fireproof floor under the stove. You don’t want to set it on carpeting, as it will most likely ruin the carpeting. Besides, both carpeting and wood floors can burn. If you don’t have a fireproof floor, you can easily put a temporary one in by overlapping layers of tile on your existing floor.

The chimney for the wood burning stove can be run out through a window. Simply remove one pane of glass and run the chimney through the hole. Make sure that the chimney is installed in such a way that the path the smoke must travel through is uphill all the way. Otherwise, the fumes might back up into the room. In addition, close off the extra space in the window with plywood.

This may require that your whole family lives in one or two rooms for the duration of the power outage, or at least until it warms up again. This is especially important at night when everyone is sleeping. While sleeping together in one room may be difficult, it won’t be as bad as freezing due to lack of heat.

Build a stove for $6

Save yourself the trouble! Visit our Shop NOW! 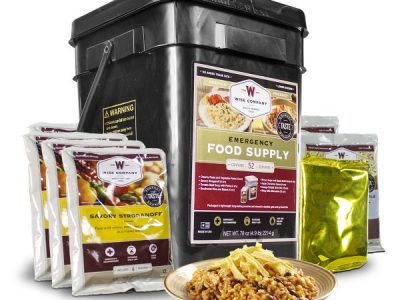 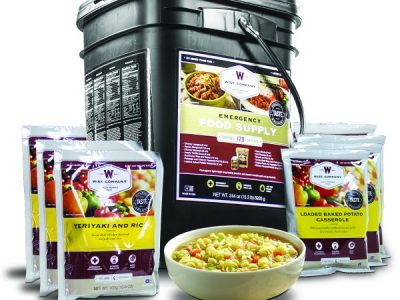 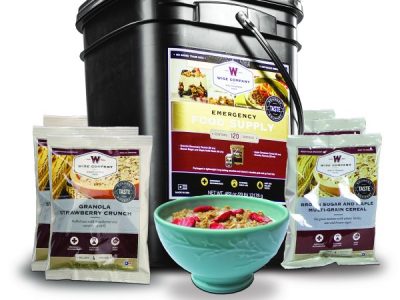 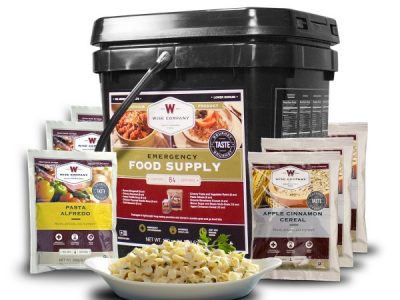