These 100 gram Valcambi silver CombiBars are of the 100×1 gram version, meaning you can break them into 100 individual pieces weighing 1 gram each. Each individual 1 gram bar features a 1 gram indication and the .999 purity as well as a Valcambi stamp. Being able to break these bars down means for greater versatility when selling or trading silver. Unlike traditional 100 gram silver bars, which can either be sold all at once or not at all, these Valcambi 100x1g silver CombiBars give the investor the ability to trade or sell any round-number quantity of silver up to 100 grams.

When it comes to state capitol buildings, the Texas State Capitol in Austin is not the tallest in the nation, but Texans take great pride in their building standing 15 feet taller than the US Capitol Building in Washington DC.

The Texas State Capitol building was designed in 1881 and building between 1882 and 1888. The building that stands today with its unique sunset red limestone is actually the third building to serve as the state government headquarters in Texas. The modern capitol building is actually on the same site of its immediate predecessor, with the second Texas capitol built in 1853, but destroyed in 1881 by the great capitol fire.

Like many capitol buildings, one of the most unique features of the Texas Capitol is its tall, imposing dome structure at the top. Viewed from inside on the main floor rotunda, gazing up at the interior of the dome youll see concentric panels that converge as they gradually rise toward the domes center point, where an 8-foot Lone Star is set in the middle.

On the obverse of the 10 oz Texas Mint Silver Bar youll find the image of the domes interior, just as viewed from the floor of the rotunda, in the upper-center space of the design field. Below that are engravings of the weight, purity, and metal content of the bar, as well as the iconic outline of the state of Texas.

Flip the bar over and the reverse will showcase a repeating pattern. In this instance of this bar, that pattern has the outline of the state of Texas captured repeatedly in horizontal lines all across the face of the bar.

Valcambi is a mint from Switzerland which has been in business for over 50 years, based out of the Southeastern part of the country, close to Italy. This is just one of many products we offer from the incredibly popular Valcambi mint.

There are no reviews yet.

Only logged in customers who have purchased this product may leave a review.

Deal of the Week 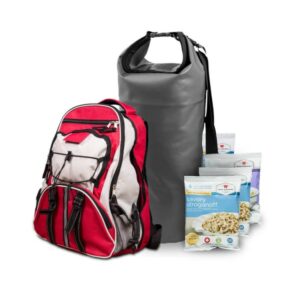